Born in Edmonton, Alberta, my early exposure to the visual arts was through classes sponsored by the Edmonton Art Gallery and through the Student’s Union at the University of Alberta, where I later enrolled in the Bachelor of Fine Arts program. Training in drawing, painting and sculpture was supplemented by a visiting artist workshop program; Paterson Ewen was a participant in this program and an early mentor. Degree work was supplemented by the experience of attending two consecutive summer programs at the Emma Lake campus of the University of Saskatchewan, where Otto Rogers was a particular influence. At the University of Alberta, having twice been awarded the Ashland Oil Canada Prize, I graduated with distinction with the BFA designation.

I moved to Toronto almost immediately following, and set up a studio in the west end of the city. I worked part time as a sculpture assistant, and was grateful to receive an Ontario Arts Council grant shortly thereafter. I achieved some small recognition through participation in shows including “Young Contemporaries” at the London Regional Art Gallery, and through several shows sponsored by Gallery Quan in Toronto, most notably “Aspects of Landscape” and subsequently “Miniatures”. 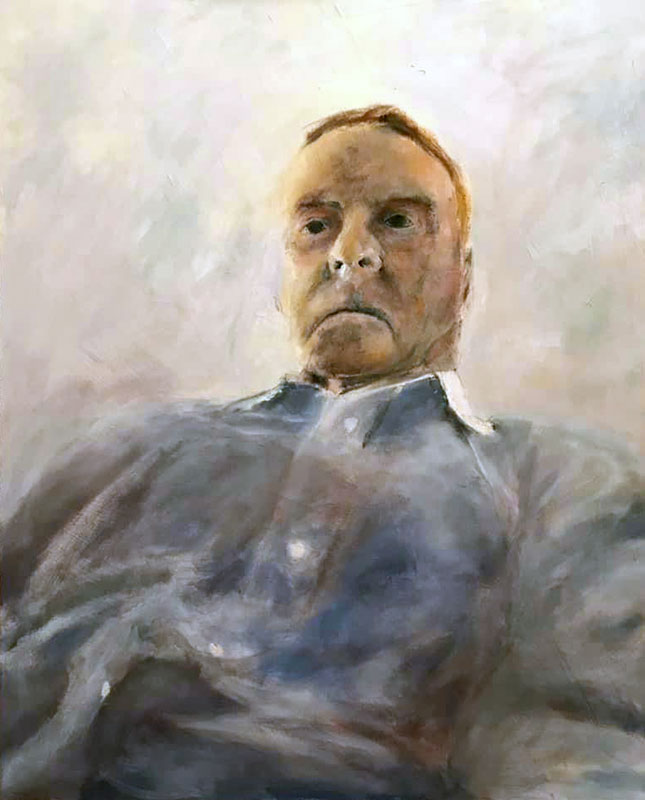 In subsequent years the nature of my work shifted to sculpture and to smaller works on paper; the volume of work was initially much reduced due to full time employment as well as the demands of raising a family of three young boys in conjunction with my wife Winnie. But upon retirement from outside employment in 2005, the nature of my work has shifted back into painting, although much more towards representative imagery.

My wife and I currently maintain residences in both Toronto and Prince Edward County. We have traveled extensively in the last several years, particularly through Asia, Africa and South America. In addition to the impressions and memories created, photographs and sketches from these travels tend to be incorporated in current work.

My paintings are represented in several private collections in B.C., Alberta, Saskatchewan, Ontario and Nova Scotia, as well as in Buffalo, New York. In the current year my work was represented in the juried “Art in the County” show in Picton, Ontario, (June/July 2022), in the “Decay” exhibition at the Melt Studio + Gallery also in Picton, (October/November 2022), and in an upcoming solo exhibit entitled “Liminal Landscapes” at the Melt Studio + Gallery running from November 4 to December 4, 2002.